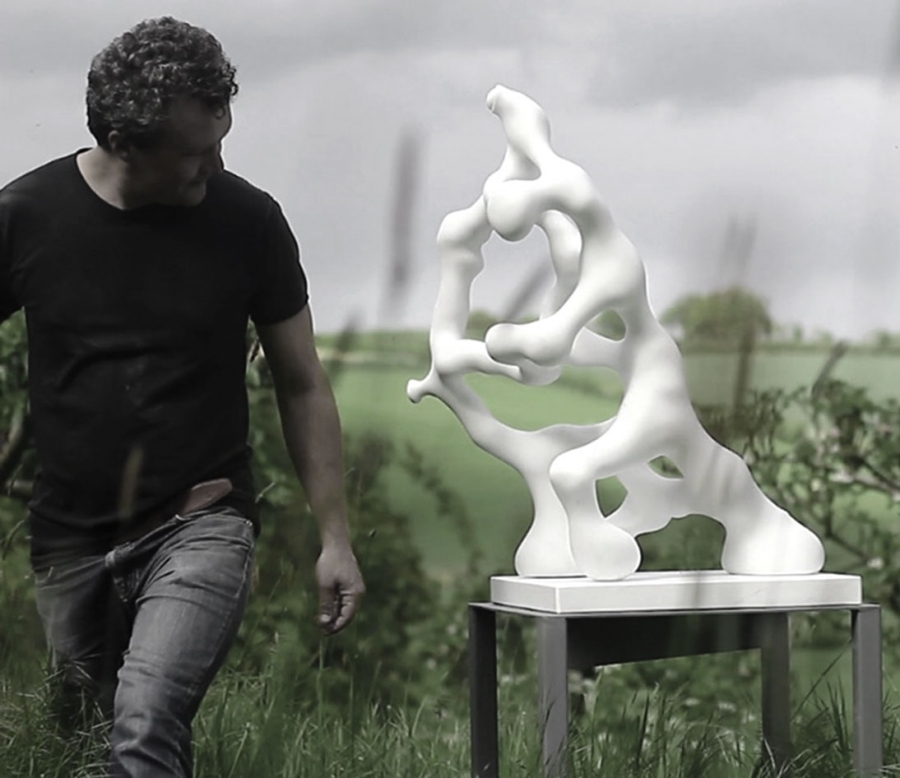 Szymon Oltarzewski was born in 1977 in Lesko, Poland.

He began his art career in 1996 with “Beta”, an advertising agency in Gliwice which sponsored him because of his fine drawings and paintings.From 1999-2002 Oltarzewski apprenticed with master sculptor, Marek Spiewla focusing on wood, carbon, and plaster.

At the same time frequented the studio of Witold Berus, where he learned drawing from nature and the history of art. This experiences were crucial  in formulating his style.In 2002 Oltarzewski recived degrees in Environmental Engineering from the University of Opole.

The year 2003 marked a massive turning point in Szymon  Oltarzewski’s life; he moved from Poland to Pietrasanta Italy, marble capitol of western world.He first studied sculpture in Academy of Fine Art in Carrara, he then took advantage of the wealth of artisans and foundndries in that areas. He worked for Antonio Luchinelli in the “Forma Studio”, this experience , gave Oltarzewski access to sculpture artistic process at every fase of completation, he also became in contacts with some of the most famous and successful sculptors and shared in their experience and knowledge. In 2009 Szymon Oltarzewski began  his own series of marble sculptures, the same year he had his first solo exibition “Non Toccare” at the Aria Art Gallery in Pietrasanta. Since then he has exibited his exsquisite marble and bronze sculptures around the world.Oltarzewski has been a member of the Royal british Society of sculpture since  2010.
Szymon continues to live and work in Pietrasanta.