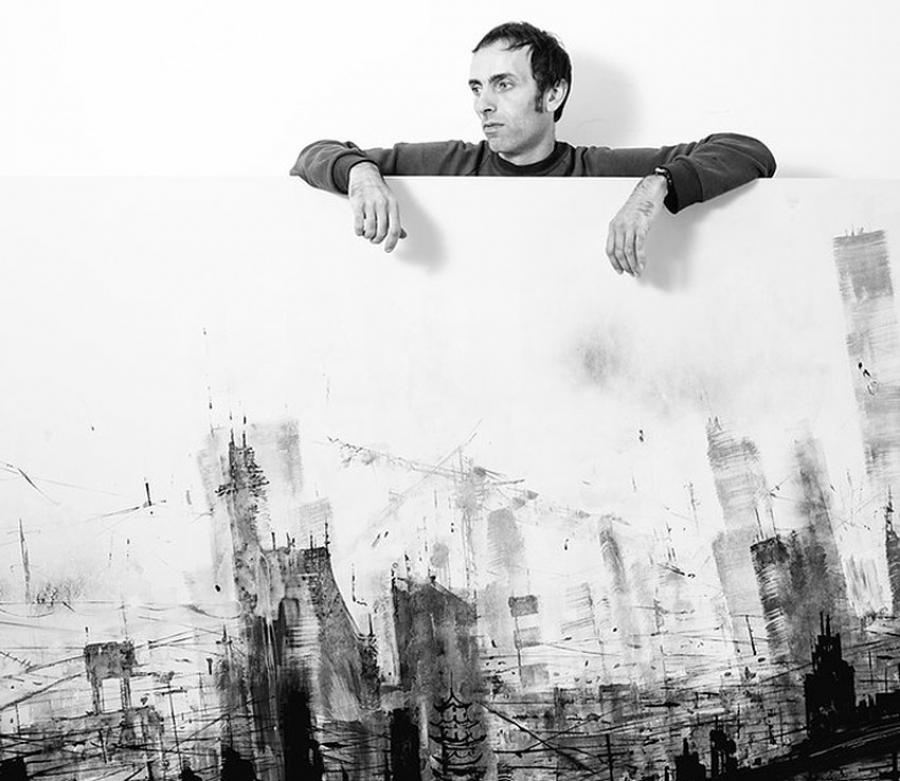 Francesco Barbieri (born in Pisa, Italy, 1976) is an internationally recognized artist working in contemporary post-graffitism.
With his work on canvas he has explored various topics borrowed from graffiti folklore. His production focuses on the creation of urban landscapes where the train and the railroad are often central elements. In his works he explores "the margins" of urban life, representing those no-man lands which one can find at the geographical and social borders of the city. With his unique visual language, Barbieri aims at conveying those same feelings that he experienced in the streets and that he has been exploring for years. Travelling has become one of the essential elements of his art: he visited several times, among others, Berlin and Stockholm in Europe, New York and S. Francisco in America, Beijing and Nanjing in China, with the desire to discover the hidden lives of modern metropolises.